This expectation of consistent profit is part of the trade-off of going public. The company gains access to a much larger pool of capital, but in doing so, becomes beholden to their shareholders. For this reason, leaders of public companies are often reluctant to invest in innovation projects that may not succeed on the first attempt.

Private companies, on the other hand, are unencumbered by these obligations. Their leaders have more strategic freedom to take the company wherever they like, even if it means embracing educated risks. In today’s fast-moving economy, many of the biggest breakthroughs come from investing in innovation projects that combine the latest technologies to solve problems in new ways, enhance user experience, and streamline core processes. Such projects tend to be experimental in nature, however, and do not always pay dividends in the short-term. Yet an innovation-focused approach, when implemented correctly, can set the stage for significant returns over time.

Private agility in a tech-driven landscape

Today’s business leaders are keeping a close eye on developments in the tech world, seeking out opportunities for disruption while trying to stay ahead of their equally agile competitors. Success or failure can depend on identifying the right time to integrate data analytics, the Internet of Things, robot process automation, blockchain, artificial intelligence, and other new technologies into their operations.

While adopting new technology merely for its own sake is not a winning strategy, neither is sitting on the sidelines. Companies that are content to observe technological developments from a safe distance, biding their time until they see the perfect moment for adoption, are in danger of finding themselves a step behind the competition in the near future. Those who adopt early and commit themselves to continuous innovation will eventually overtake their more cautious competitors. When it comes to new technology, acting is always better than reacting.

One of the biggest advantages privately held companies have is that they can act without having to explain themselves to outside parties. This is not to say that privately held companies can simply subvert their existing bureaucracies and structures, but rather that they can get the entire organisation on board with a new project much more quickly and efficiently than their publicly traded counterparts.

Of necessity, shareholders in publicly traded companies tend to be short-sighted. Their outlook generally does not extend far beyond the next quarterly report. Shareholders want stable returns, and the leaders of publicly traded companies are committed to delivering them. However, and perhaps counterintuitively, this means publicly traded organisations are in danger of losing stability as a result. The business landscape is indeed changing rapidly, but only those who make long-term plans for innovation will be able to survive these disruptive times. Privately held companies, who have only themselves to answer to, are now often the better vehicles for unfettered growth.

At the implementation stage, experimentation is crucial. Compared with their public counterparts, privately held companies have much more freedom to play around with new technologies, make adjustments, and workshop new innovations before they reach the market. As an added benefit, privately held companies can also react more quickly to new technological developments, as they have already developed a culture that is receptive to change.

The riddle of opportunity vs freedom

The reason many companies go public in the first place is to raise more capital, which they often need in order to invest in R&D. Yet the process of raising these funds entails a loss of freedom in terms of what to do with them, due to shareholder insistence on short term goals. Companies preparing to go public begin with freedom but no opportunity, and end with opportunity but no freedom.

Companies facing this conundrum have alternative options go going public, which include solutions like crowd-funding, debt financing, secondary market transactions. We will explore the various aspects of these strategies in a forthcoming article – yet for the time being, it is sufficient to say that each organisation faces its own unique set of problems, and the right path forward depends on a careful look at its particular circumstances.

The private innovators of the future

Although individual choices may vary for good reason, today’s overall trends are unmistakable. Since the mid-1990s, the number of publicly traded companies has been in steady decline, while the number of new privately held companies continues to grow. Technology is at the heart of this phenomenon, as a 2018 study from Harvard Business Review explained. “[D]igital strategies and rapid technological obsolescence increases the mortality rates among existing public firms, but does not correspondingly increase the demand for IPOs. This trend is the single largest cause for decline in listed firms,” the study reported.

In the coming years, advances in data analytics, AI, the IoT, Blockchain, RPA, and other disruptive technologies will continue to force new upgrades to current business models. Private companies with innovative visions will be ideally placed to weather the disruptive storm, and come out of it stronger than ever. 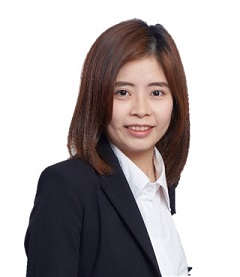