How British Businesses Can Succeed in Thailand –with Richard Porter

Conversations in Business: How British Businesses Can Succeed in Thailand –with Richard Porter

Richard Porter has worked for nearly two years with the British Embassy in Bangkok, where he is the Director of Trade and Investment. His main responsibilities include assisting and advising British companies that trade in Thailand, while also guiding Thai companies that want to invest in the UK.

Before switching to public service, Richard had a successful career in the private sector. His experience includes almost 10 years with PA Consulting Group. As one of the largest consulting firms in the UK, PA Consulting works primarily on strategy and health care projects.

Following his experience in consulting, Richard then spent five years at the British Consulate in Sao Paolo, Brazil. His responsibilities there were similar to those in his current position, as he helped UK companies enter the Brazilian and wider Latin American markets.

Richard gained invaluable insight and experience by fostering relationships between British companies and their Brazilian as well as Latin American counterparts in those emerging markets. His deep understanding of emerging markets, and the challenges and opportunities found therein, provided invaluable preparation for his current role of steering British businesses towards success in Thailand.

I recently met with Richard to discuss how British businesses can establish themselves and prosper in Thailand. The two most salient points he made were about the imperative of understanding the complexities of the Thai market, along with the need to foster strategic local partnerships.

Opportunities and challenges of the Thai market

Last year, exports from the UK to Thailand amounted to $2 billion – a 20.7% increase from 2017. In all, trade between the two nations adds up to approximately $7 billion in value each year. Richard notes that the total trade relationship between the UK and Thailand is now larger than that between the UK and Brazil.

Considering this close relationship, it should come as no surprise that many UK businesses are firmly entrenched in the Thai economy. HSBC, Standard Chartered, Prudential, Triumph Motorcycles, BG, and Tesco – with Thailand being home to the latter’s largest overseas operation – have all found lasting purchase within the Thai economy.

As a fast-growing market with enormous potential, Thailand is an attractive investment destination for a number of reasons. Among them:

Of course, these benefits come with some particular challenges. Thailand has a reputation among western nations as being a highly complex market – and indeed, the reputation is somewhat well-founded. The political situation has not yet fully stabilised, and remarkably low unemployment rates mean that filling key positions with highly skilled staff can be a difficult endeavour.

Moreover, as Richard points out, there are some stringent rules on foreign ownership and land ownership. But as he says, “All of these things can be overcome.”

If the 20.7% increase in exports seen last year is any indication of forthcoming trends, such activity bodes very well for the future of British businesses in Thailand. Indeed, doing business in Thailand can be both profitable and sustainable, as long as one takes the time to cultivate all the necessary business relationships.

As Richard underscored in our discussion, the crucial first step for any British business in Thailand is to understand the market – particularly where their own product or service can be placed within it.

A great place to begin this effort is through the Embassy or the British Chamber of Commerce. Tapping into the well-established networks of professional services firms such as Grant Thornton can play a huge role as well. On-the-ground support can give business leaders the lay of the land [ 1653 kb ] in terms of establishing contacts, while also providing technical advice around taxation, legal affairs, and human resources.

Richard pointed out one other critical ingredient in our conversation. An established Thai business partner, who knows how to set up a business and understands the system and the client base, can provide British business leaders with the indispensable vision needed to survive and thrive in Thailand.

“If you have professional advice combined with a good understanding of the market and a really good strong product or service,” Richard said, “you’ll do well in Thailand.”

To ASEAN and beyond

Thailand is the gateway to ASEAN, and the countless business opportunities to be found across the region. If Thailand and the UK can continue to grow as trading partners, the emerging markets of greater South East Asia will become increasingly open to British investment.

As long as British companies develop the right products and services for the Thai market, while also cultivating fruitful local partnerships, they will have every chance to flourish throughout the region for years to come. 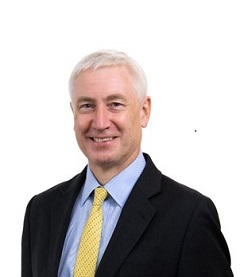