The Keys to Becoming a High-Performance Organisation

In any competitive sphere, there is a natural tendency for different players to cluster towards the middle. Through a combination of traditional practice, human nature, common sense, imperfect foresight, talent competition and a host of other shared qualities, there may be little – particularly in mature industries – to separate one company from another at an organisational level.

And yet some companies simply rise above their competitors nevertheless. The causes for their success vary case by case; effective leadership may spark a workforce toward genuine inspiration in one company, while another company may succeed by virtue of winning a big contract that they could very well have lost. Some companies may simply get the timing right on a product release or new innovation, cashing in on a market wave that they themselves hadn’t foreseen.

Some combination of talent, hard work and luck will always be in play. But by focusing in the right areas of the talent and hard work side of the equation, you can push the odds in your company’s favour.

Sometimes the more a leader wants to succeed, the more they take control of operations. This strategy is counterproductive, because it forces too much of the company’s activity to pass through a bottleneck (their desk) before moving on to the next step. It also teaches personnel to doubt their own initiatives, and to hesitate before making decisions because they know that they don’t have final authority anyway.

The alternative is easier on all sides, and involves training the company’s workforce to see the mission clearly, learn the full range of skills and techniques needed to perform their tasks, and make mature decisions based on the clarity they now have. This autonomy allows for horizontal (rather than vertical) coordination, effectively eliminating the bureaucracy that had previously hobbled them.

By training your talent to re-take the initiative, they will gain valuable experience at their jobs, while also beginning to feel more important and connected to the rest of the team. When businesses offer their employees real constructive engagement that respects each person’s considered thoughts and ideas, the effect on company culture can be profoundly positive.

Such an environment also softens a separate problem that many companies currently have, regarding talent acquisition and retention. Well-trained and confident employees are much more likely to stay, and furthermore can be promoted to management positions because the company has prepared fertile ground for professional growth.

If you want to build a ship, don't drum up people to collect wood and don't assign them tasks and work, but rather teach them to long for the endless immensity of the sea. - Antoine de Saint-Exupery

Magical things can happen when a company succeeds in aligning its employees’ goals with its own. A ship sails much further and straighter if everyone is rowing in the same direction. But achieving this alignment can be a hard task for some managers to perform.

Many business leaders make the mistake of assuming that they have the same interests as the employees they supervise. But while business success might seem like a clear goal to the manager, their staff may just want nothing more than to collect their monthly paycheques. Managers who (unlike their employees) have stock options, bonuses, and other incentives for turning a corporate profit, may find that their lectures about hard work end up falling on deaf ears.

For a workforce to reach its potential, the employees need to be incentivised as well. Performance reviews should be tied to real rewards systems and training programmes, to give talent the motivation as well as the tools to step up their game. Business successes have to trickle down to the entire organisation in some form, rather than being monopolised by those at the top.

Employee engagement should be a real point of emphasis, focusing on keeping your talent happy and motivated to share their ideas. Such work environments soon find that they are able to attract higher quality talent from outside, because their offices are now more desirable places to be.

Together with each of the aforementioned improvements, there is every reason to expect that hard work can raise your company to a higher level in its industry. By making a determined effort in these areas of leadership development, you’ll have a golden opportunity to gain the edge over your rivals – and take advantage of good luck when it comes. 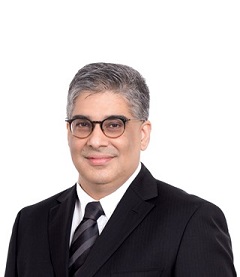