Following over 6 years of negotiation, a deal was finally made in Bangkok at the 35th ASEAN Summit this past November. ASEAN leaders successfully reached an accord with 5 of their major trading partners, paving the way for the start of the long-awaited Regional Comprehensive Economic Partnership (RCEP) agreement.

The RCEP was originally conceived of as a regional trading bloc which would include 10 ASEAN countries as well as 6 countries in the Asia-Pacific region: Australia, China, India, Japan, New Zealand and South Korea. With the exception of India, which abstained from partaking in the finalised RCEP, the remaining 15 participating countries have agreed to submit the RCEP agreement through their respective domestic legislative processes for endorsement within 2020.

Despite India’s abstention, members of RCEP have expressed their resolve to work out a satisfactory arrangement for India’s participation. However, it is still up to India to determine whether it will join the RCEP.

The Significance of the RCEP

Even without India, the RCEP remains economically and geopolitically significant. Economically, it is the third largest global trading bloc behind the European Union and the former North American Free Trade Agreement (“NAFTA”, now renegotiated and referred to as the “USMCA”). The RCEP, if viewed as a single market, has a combined GDP of over 24.2 trillion USD, almost one-third of global GDP. RCEP nations are also home to over 2.3 billion people, roughly 30 percent of the global population.

On the Asia-Pacific front, the RCEP is now the largest trading bloc. The driving force which gives the RCEP so much economic clout is the participation of China and Japan; two of the world’s largest economies behind the United States. Though the finalised text of the RCEP is yet to be released, it is expected to introduce progressive reduction and elimination of tariffs on goods trade within the bloc, along with standardisation of export documents.

Though most of the RCEP members already have some form of bilateral or multilateral trade agreements with one another, the RCEP is expected to “seal off” remaining gaps amongst members – thereby creating a path towards a single goods and services trading market for the region. 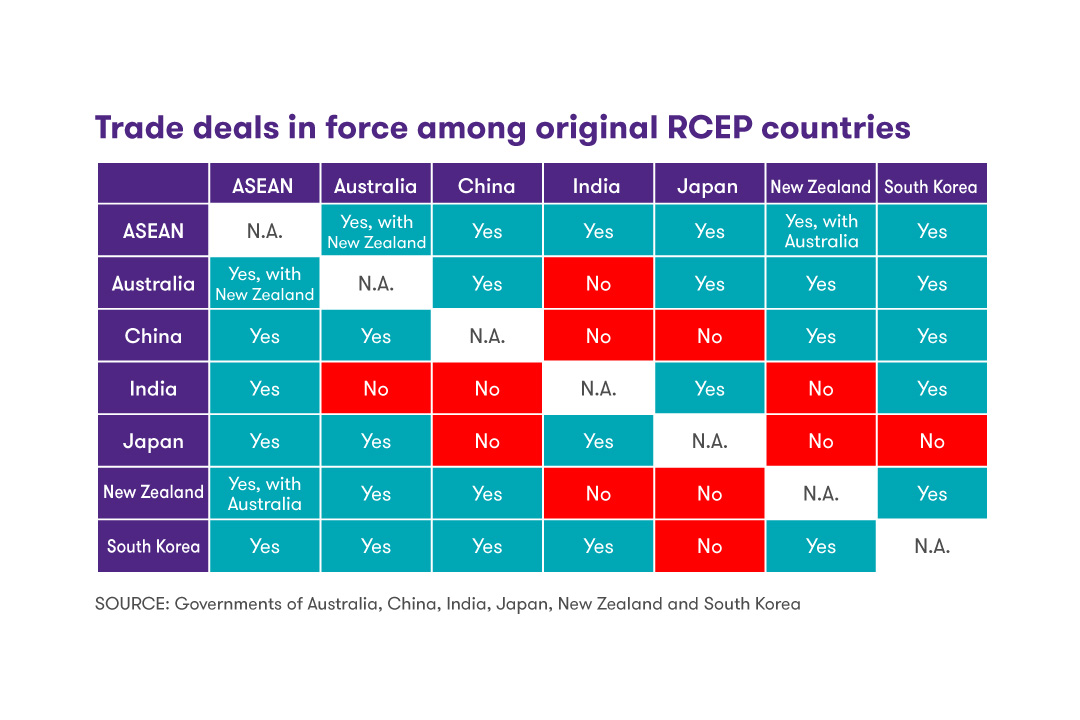 From a geopolitical perspective, RCEP members cover almost the entire eastern crescent of the Pacific rim – starting with Japan in the north and sweeping down through Korea, China, and South East Asia, with Australia and New Zealand in the southern hemisphere. Should India ever join the RCEP, the RCEP will also cover part of Central Asia as well.

While the RCEP does not include political components, it will serve as an economic anchor to supplement China’s Belt and Road initiative, as well as the country’s growing influence in the region. Such a development would dilute the political effect of the CPTPP, a trade agreement which excluded China. The CPTPP was formerly part of the United States’ “Pivot to Asia” foreign policy under the Trans-Pacific Partnership (“TPP”) initiative. With the United States abandoning the TPP in 2017 and succession of a less economically potent CPTPP, the RCEP thus represents, for the time being, a win for China. 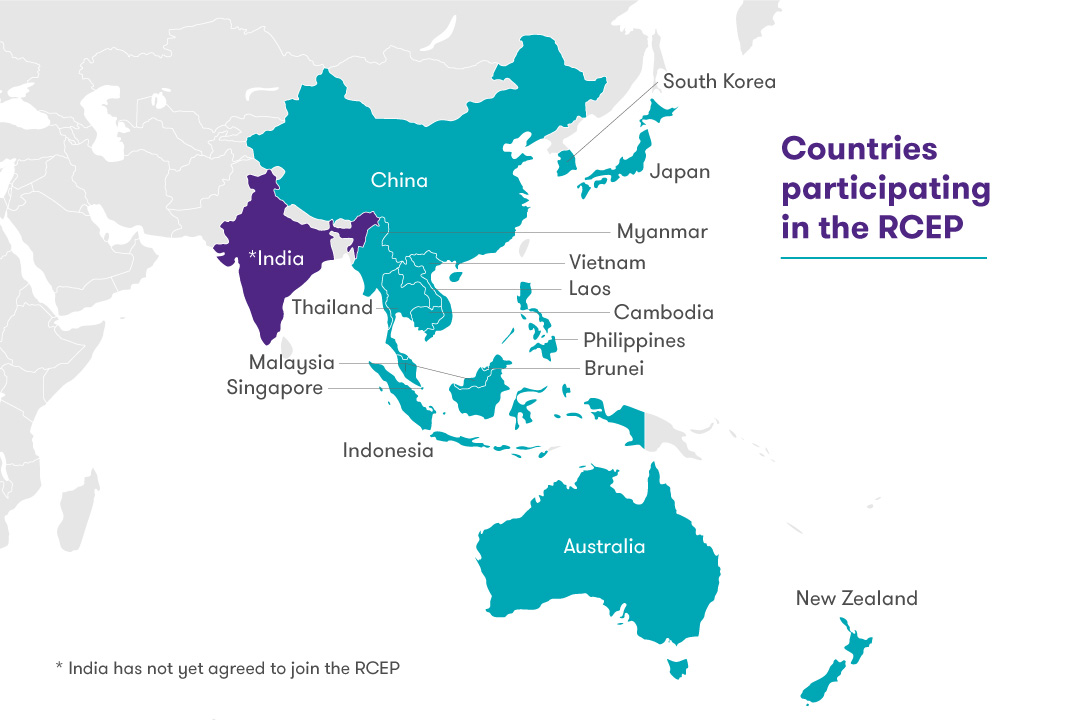 What about the CPTPP?

The CPTPP will continue to be a relevant free trade agreement. It is notable that memberships in the CPTPP and RCEP are not mutually exclusive. Seven countries, including Japan and Australia, are parties to both trade agreements. Thus, prospective RCEP members such as Thailand are not precluded from entering into negotiations to join the CPTPP.

While the RCEP outclasses the CPTPP in terms of market size, the CPTPP has greater substantive depth. The Economist noted that the CPTPP offers greater reductions in tariffs and is more extensive in the scope of its legal instruments. For example, the CPTPP contains provisions on intellectual property, environment, and labour protection, all which the RCEP lacks. The absence of such ancillary provisions might deter additional developed economies, with stringent regulatory requirements, from joining the RCEP. The RCEP’s lack of regulatory depth may also impede the trade agreement’s continuing relevancy; the RCEP is less capable of addressing the future qualitative needs of Asia’s maturing economies. Furthermore, if the United States changes its stance and elects to join the CPTPP, then the CPTPP may rival the RCEP in economic and geopolitical gravity.

Quick facts on RCEP vs CPTPP

Market size of over 3.6 billion people (47% of global population)

Market size of over 2.3 billion people (30% of global population)

In their joint statement issued at the ASEAN Summit, RCEP member states expressed a resolve to iron out issues raised by India on the trade agreement. Nonetheless, this author remains skeptical that India will join the RCEP in the near future.

The trade dynamics between India and RCEP members are not in India’s favour. Foreign Policy reports that India has the largest trade deficit among the 16 original RCEP countries – a deficit created by its current trade relationships with 11 of the other RCEP members. India’s imports outweigh exports by 149.6 billion USD, accounting for more than 20% of the country’s total trade value – an amount that is over 50% higher than its total exports. Much of this deficit comes from trade with China. Ascending to the RCEP would require India to immediately eliminate tariffs on over a quarter of its imports. As a result, India would see its deficit widen upon entry into the RCEP.

It could be argued that over time, India’s economy could stand to benefit from access to RCEP markets and greater economic integration with the region. Such a forecast, however, would be speculative and theoretical – and India’s government would have difficulty selling the RCEP to its citizens on such vague promises. Until India resolves its own trade deficit issues, joining the RCEP might be a difficult prospect.