AI will enhance the human workforce – not replace it

Artificial Intelligence (AI) is a concept that remains much discussed but poorly understood. There are popular speakers who preach its potential, predicting that we will soon live in an automated world where human work is no longer necessary. Others worry about the disproportionate power that general artificial intelligence will bring to whomever invents it first, and the consequent race to create something we may not be able to control.

And of course, Hollywood continues to dream up scenarios where the robots wake up and try to kill us all.

The truth is that nobody knows the real impact that AI will eventually have on our lives and society, but current trends don’t point in any of the directions mentioned above. A recent study by PwC indicated that only 3% of jobs are likely to be replaceable by automated workers by 2020. That number will surely rise, but as it does, jobs elsewhere in the economy (including in places where such robots are designed) are also likely to increase.

Machines can take your order at a restaurant, but it will be many years indeed before we want them preparing our food. Computer programmes can simulate the sounds of musical instruments, but they are a long way away from writing good songs and performing the vocals. Scanners can read chest X-rays and suggest diagnoses, but patients would rather hear such sensitive news from a human being rather than a talking circuit board.

The simple fact is that most of the work we do involves some tasks that a smart computer would perform well at – and others that still require human intuition. This pattern holds across most industries: Some tasks will be taken away by algorithms, but they will generally be the more repetitive and less fulfilling ones.

The most likely relationship we will have with our new electronic friends can be summarised cleanly with one word: Teammates.

If current trends hold, the future of business will come to resemble companies of every type using artificial intelligence technology to supplement the creativity and sensibility of the human mind. Computers can complete the repetitive tasks, detect errors and anomalies, look for patterns in the data, and perform all manner of calculations more efficiently than we can. But their human partners will still be needed to harness these abilities skilfully, interpret the data correctly, and know when to take control of a situation.

Computers can tell us what they find, but not what to do with the information. They can suggest a variety of potential models for growing a business, but they can’t determine which of these is best suited to the people and values inside a particular organisation. The winners in tomorrow’s economy will be the ones whose human and electronic teammates learn how to deeply integrate their talents for vastly improved efficiency and effectiveness.

Training and investment within organisations should already be earmarked for such endeavours. Employees should familiarise themselves with the possibilities that a smart computer will allow, so that they can develop methods of using their artificial partner to its maximum potential.

A recent New York Times story put the spotlight on an e-commerce company that cleverly synchronised a pair of computer algorithms to design a line of t-shirts. Insights and innovations along these lines are now available for the taking across all sectors of the economy, and it is in every business’s own interest to develop among its employees the capability to replicate such types of initiatives in their own unique ways.

As for the computers themselves, the status of “teammate” might feel like a demotion from the visionary predictions offered by excited techno-preachers and Hollywood studios. But for a silicon entity that was regarded as little more than a glorified calculator until recently, equal status alongside its human creators turns out to be a pretty impressive achievement. 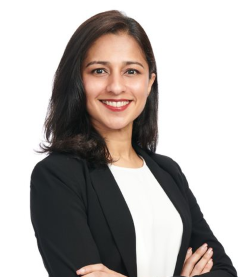