Ever since the International Standards on Auditing (ISAs) were introduced in 1991, they have applied to all entities, regardless of size or complexity.

Yet individual auditors, auditing firms, and a range of other industry stakeholders have often wondered if these standards – which were designed with large international institutions in mind – are too onerous for auditing less complex entities (LCEs) such as startups and small-to-medium-sized enterprises.

Moreover, many auditors have pointed out that the sheer length and complexity of the ISAs can lead to them being misunderstood and misapplied. These ISAs are much detailed that most of the auditors’ time spent in application and compliances which lead to less time for professional judgment, and as a result even those with the most honourable of intentions may find themselves overly worried about compliance.

International auditing standards have been a massive help to accountants, auditors, businesses, industries, and indeed entire nations. As globalisation continues to progress, having consistent auditing and assurance standards for all relevant stakeholders will become increasingly important to conducting business on a global scale.

For these global standards to be effective, however, they need to be clear. The language in the standards should be as simple as possible so that auditors can quickly identify the requirements that are applicable to their specific case.

Clear and simple language is especially important when international auditing standards are applied to smaller, less complex entities. Under the current standards, it is often the case that existing requirements and procedures are simply not necessary and not applicable to smaller entities.

LCEs are crucial to the global economy, and a large portion of worldwide audits are performed on these types of businesses. Thus, a need was identified to revive the approach on auditing these LCEs with minimum set of compliances that are not burdensome on the auditors.

In recent years, the International Auditing and Assurance Standards Board (IAASB) has faced mounting pressure to adjust their regulations in order to more suitably address the circumstances surrounding audit of LCEs.

In 2017, the IAASB held a working conference in Paris to address the issue of auditing LCEs. This event culminated in a 2019 discussion paper that outlined the current problems and solicited feedback from major industry players, stakeholders and accounting professional bodies.

Some of the options outlined in 2019 discussion paper include:

The due date for comments on the discussion paper was September 12th, 2019. Several major auditing firms – including Grant Thornton International – submitted their recommendations to the board.

The global auditing industry is now anxiously awaiting the findings from the IAASB. Hopefully, the IAASB will heed the views of respondents and implement positive changes quickly. If the IAASB does not set international audit standards for LCEs, local governments and regulators will likely take over and set standards for their own jurisdictions.

Standards developed by local authorities would most probably fail to converge with ISAs. This potential fragmentation of standards would not bode well for consistent, high-quality audits being performed across the globe.

In our increasingly globalised business world, only a clear, strong, and sensible set of international standards can show the way forward for the continued success of the global auditing industry.

Tell us how Grant Thornton can help you
___ 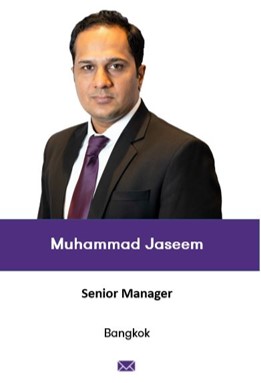