In an ever-increasing integrated global economy, businesses have been establishing their footprints in various locations across the continents.  These so-called “multi-national corporations” or “MNCs” have sophisticated supply chains and business platforms comprising of dozens, if not, hundreds of entities, all of which are directly or indirectly related to one another.  Under this corporate umbrella, the affiliates would trade and transact with one another.

In an ideal world – an economically transparent and efficient one – affiliates will strive to maximize its profits when transacting with one another.  The economic benefits reaped by each entity will an accurate reflect of the economic value that was traded.  These affiliates will then pay income tax in their respective jurisdiction.

Over the years, it has become increasing apparent that the market is far from efficient and transparent.  Countries and MNCs may be equally at fault for this outcome.  Countries, like corporations, compete with one another.  In an effort to gain a larger slice of the “economic pie,” many countries enacted tax programs which slashed corporate income tax in order to attract foreign corporations to invest and re-locate.  MNCs, incentivized by these tax friendly programs, re-configured the flow of economic benefits to lower tax jurisdictions in attempts to maximize net profits.  Thereafter came the tax controversies which saw governments in the EU and the United States questioning the tax practices of some of the largest global MNCs such as Apple, Google, etc.

Spurred by the demand for greater transparency and fair tax practices, the OECD developed the Framework on Base Erosion and Profit Shifting (“BEPS”).  In 2017, Thailand joined the BEPS program and became committed to align its tax system with the principles laid out in BEPS to eliminate harmful tax practices.  Thailand has several commitments under the BEPS, which includes, for instance, revising several existing tax programs which are perceived to be “ring fencing” of tax privileges and also introduce a transfer pricing legislation.

In this article, we will discuss Thailand’s new draft transfer pricing law, which was just recently approved by the National Legislative Assembly and is expected for imminent enactment.  While the much details on the procedures and reporting requirements have yet to be issued, it is important for companies in Thailand, especially those with related party transactions, to be vigilant and aware of the tax compliance implications.

Transfer pricing or “TP” refers to allocation of revenues and profits amongst related parties from commercial or financial transactions engaged amongst the related parties.  Recognizing that transactions between two related parties may be susceptible to price manipulations for the purpose of reducing income tax – especially where one party is located in a low tax jurisdiction – the OECD has developed TP guidelines which is in principle followed by OECD member and non-member countries.  While Thailand is not an OECD member, it has informally adopted the OECD TP principles in 2002.  Nonetheless, until now, Thailand has never enacted any TP law to provide clear and unequivocal rules on compliance. The new TP law is expected to apply to the fiscal year beginning in 2019.

This threshold has been subjected to much debate.  Annual turnover may not necessarily be an accurate indicator for transfer pricing purpose.  Rather, a more pertinent measure should be the value of related party transactions.  To put this in context, in 2017 only about 20,000 active Thai companies out 712,000 registered companies have an annual revenue higher than or equal to 200 million Baht.  However, it possible that of these 20,00 companies, some may have minimal related party transactions, whilst a company with less than 200 million baht of annual revenue may have all or most of its transactions dealing with related parties. From this perspective, a secondary indicator such as the value of international related party transactions could provide clarity and also fairness on companies that would be subject to mandatory filings.

We expect that, once the new TP law is enacted, the Thai tax authority will issue several secondary laws and regulations to provide guidance on the procedures and details required for compliance.  Given Thailand’s ascension to the BEPS framework, we further expect that Thailand will align these procedures with the OECD TP guidelines much like other ASEAN countries such as Malaysia, Indonesia, Vietnam have done. 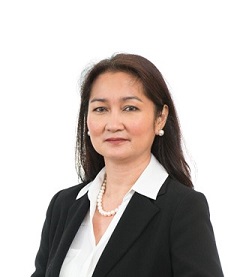